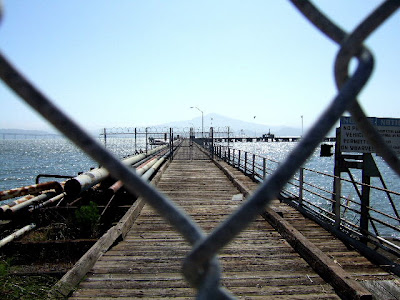 The last month or so has been a very stressful one for me (like the rest of my life isn't!), and I needed a way to divert my attention away from all of that. What I discovered is that I love taking photographs, especially landscape shots with my digital camera.

I usually have Saturdays all to myself, and for the past month or so I have been going to nearby nature sites with my eyes forever searching for nice colors, interesting textures and composition. Not only does it get my ass outside, it's nice to explore new pathways of creativity.

Yesterday I decided to go to Point Molate very near the Richmond-San Rafael Bridge to explore the sites that include old abandoned army housing, different views of the bay and even a very cool brick fort-like structure that Robert and I discovered many years ago.

Upon entering the area I started to notice signs warning of video surveillance and fenced off roads with do not enter signs posted, so I continued driving down the public road looking for a turnout or a place for the public to view the area. There were none! That was a real drag because some of these old buildings looked great, including an old dilapidated refinery pier with rusted out pipes (pictured above).

It is important to note that the hills not facing the water are all property of a gigantic Chevron oil refinery that resides unseen on the other side of the hills.

Before I shot the photo of the old pier, I walked up to it and carefully read the warnings. The gate to it was padlocked and the warnings mainly had to do with safety concerns. I had no intention of climbing over the gate but I did start snapping a few pictures from the outside. That's when I noticed that security guards were immediately driving towards me. The first one drove by slowly and I waved at him, he waved back and kept going. I got back in my car and drove a few more yards down the road stopping at another turnout to look at the water in hopes of something arty finding its way into my camera.

At this point, another security guard drives by and stops at the pier I was just at and gets out of his truck and starts inspecting the gate. Ok, now it's clear that I have caused much interest to the security folks and I thought the best plan to deal with this was to gingerly approach the man and ask if I'm causing any problems. I do this and sure enough, the guards are indeed there because some other guard way up on the hills behind me called them and had them check me out.

The security guard was actually very nice and told me of a few places that I can find access down to the water, but due to this huge refinery, all of this is a Homeland Security issue! I can't even point my camera behind me up at the hills!

Now, another security guard drives up, gets out of his truck and stands behind the friendly guard, looking much less friendly than my new friend. Our conversation ends with a nice handshake and well wishes (with the primary guard) and I leave.

I ended up near my home and explored a very cold, foggy and windy dog-walk park - Point Isabel. I got few nice photos. 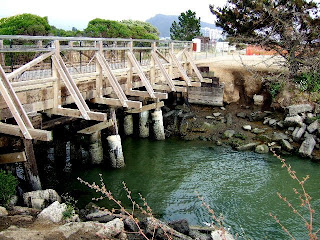 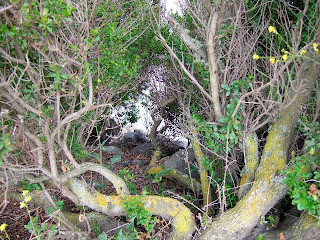 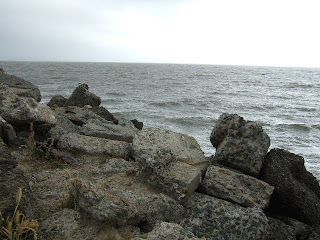 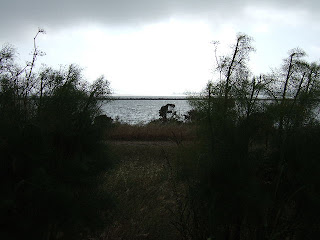 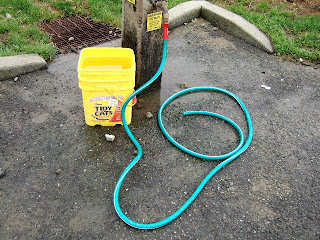 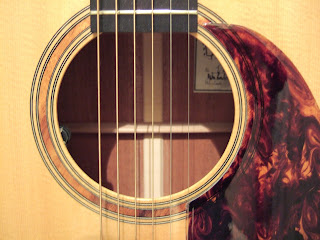 As some of you may have already known, on my 50th birthday, thanks to some wonderful family members and friends, my nephew built and gave me a fabulous 6 string acoustic guitar. It's a thing of beauty to play and to just look at.

Here is a link to a short, but pretty fascinating documentary regarding Wes Lambe's latest project. And after you have watched it, click on his "customers" link. Some pretty cool folks show up!
(Jeez! I'd better send in my testimonial soon, or his mom is gonna kill me!)
Posted by Gil at 3:51 PM No comments: 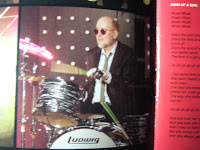 My wife recently brought home the highly anticipated pop super group Tinted Windows CD. I've listened to it about 3 times and I'm sorry to say I'm just not finding much there, though the one stand out track for me is the one written solely by Taylor Hanson - Nothing To Me. Pretty great song!

But what really bothers the geeky fanboy in me is that there are 2 pictures of the band that clearly show Cheap Trick's extraordinary drummer Bun E. Carlos playing a left-handed drum set! Unless he has decided to do what few superhumans can do and just...switch over to a left-handed kit, power to him, but I'm thinking this was an art director's decision, and that bugs me. He is a right-handed player!

But who in the hell has a right to complain if one has ever been through the music video process, where everything is not reality based! I hate being such a geek at times! 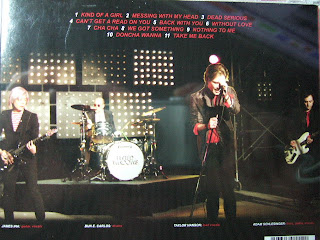