Drown In My Own Tears 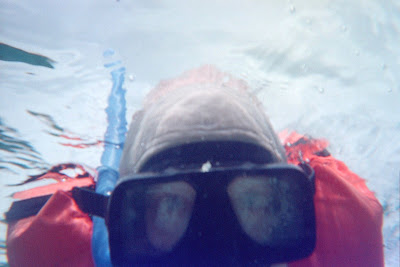 It's tough to even think about blogging when I get overwhelmed with anxiety. Actually, that's kinda my usual state, but at least this time the source is something real and concrete. Believe me, it's nice to be able to actually nail it down and that it's nothing intangible that myself or anyone else has difficulty to name. Ha! I can beat this one! Potential impending financial doom?? I scoff at you!

Whatever...if it wasn't enough that our condo is screwed (see below), now Stacey and I have 2 Saturns that will either become rare and collectible ( yeah...right!), or worthless to re-sell (most likely) thanks to GM's announcement that Saturn will be toast by 2012. Way to go GM. You've run yourself into the ground and you're getting bailouts. We thought we were doing good by buying American, but it turns out that buying American is a joke. Corporate ineptitude and greed is what we invested in. Again, whatever...

Now our jobs are seriously at stake because we did not have the gumption or desire to get the hell out of the music biz. We're still there, but it could all go in a snap. It's beating me down.

But I have Stacey, and a tweaker of a cat. We have family and dear friends. And I have Valium.

Here are some more photos of our snorkel adventure in Cancun. 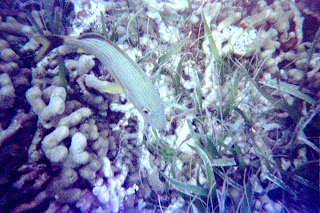 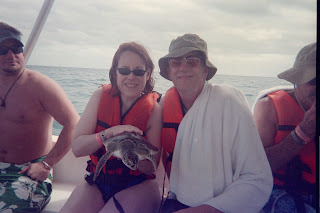 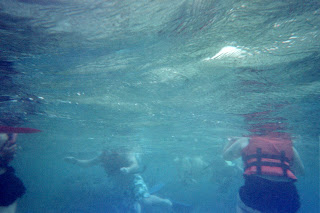 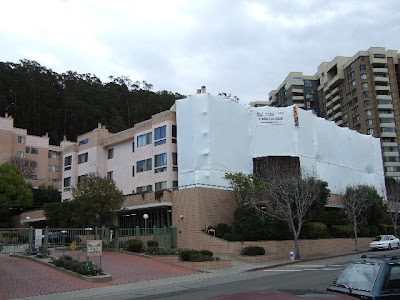 I wish. A Christo art installation would probably be a hell of a lot cheaper than the repair work that needs to be done at our condo.

The above picture is of the temporary fix to prevent further water damage in the front 2 buildings of our condo. Fortunately, Stacey and I live way in the back, in a building that does not leak. Unfortunately, we all have to pay for the repair. Frankly, I think we should call it art, get a grant from the bail-out, and leave it as it is.

Can't get much cooler than......Bobby Troup:

Scott Miller and I discovered Mr. Troup while working together at City Hall Records, way back in the day. Many folks will remember him mainly as an actor, along with his ultra cool wife - Julie London - from the 70's TV show Emergency.

But it's his music that gets me excited. Aside from being a great songwriter (which includes the above tune), he's a master of cool jazz phrasing that can throw you for a loop. Check out how he can string along a word up until the point you think he can't anymore, but then concludes the line with a hard consonant that borders the cheese tightrope, but always falls on the cool side.

He's playful and cool. His song Hungry Man is an ode to good food -"shish kebab, shish kebab....one of my fav-o-rite...snacks." The Three Bears tells the story of Goldilocks in a swinging way - "bear-baba-re-bare said the little wee bear, someone has broken my chair". And then there's the coolest version of Do-Re-Mi that I've ever heard. The hills are alive alright, but this time it's the Hollywood Hills.