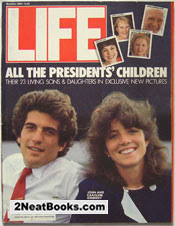 As a kid, my first crushes were on girls that I saw on TV: Laura Petrie (Mary Tyler Moore), Patty Lane (Patty Duke) and Caroline Kennedy.

I see that Caroline has withdrawn her name for the N.Y. Senate seat that everybody thought was hers to have. Whatever, I guess she didn't want it and that's fine. She still looks great and I still have bit of a crush on her. 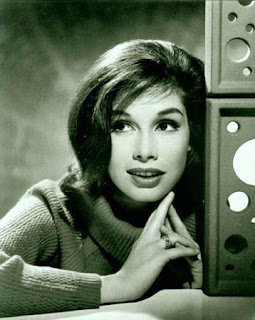 Mary Tyler Moore looked awesome in the Dick Van Dyke Show, but now it seems she may have had one too many plastic surgeries. But that's her call. I will accept that. Who the hell am I to knock someone's choice to do that to themselves. Hell, if someday I find the perfect awful toupee, I may just buy it!

Patty Duke was hot as Patty Lane and her mysteriously identical cousin - Cathy. Not sure how those genetics happened, but I suppose it's possible. A hot dog made Patty lose control, but now she has made a commercial for Social Security. And dammit...she looks old, but I guess I do too. But she's still hot in my book and has always been a wonderful actress. You go girl....I mean woman.

(note the shot of Patty at the 10 second mark. I lose control at that shot!) 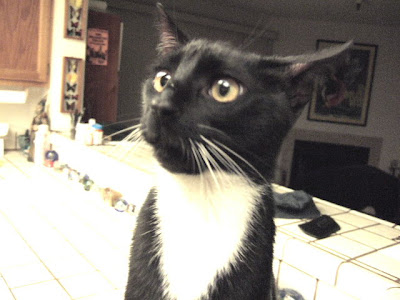 Well, not really, but it's been forever since I've had a kitten and I've forgotten how...energetic they can be. Make that - insane! 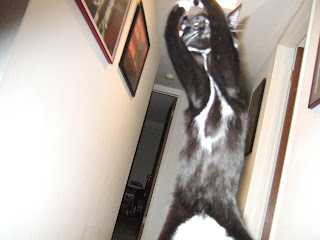 Dexter is 8 months old and while he's up to about 9 lbs., his antics are definitely kitten-like. In other words, he's a black & white wrecking crew that has moments when Stacey and I think he's either going to kill himself and/or bring the whole house down. He's getting better, though. After a couple of intense ass-bustings, he's learning to look before he leaps. Thank God.

But it's hard to stay worked up over all of that, because he is just a kitten, and a damned cute one at that. Here's a couple of pics of Dexter kicking back. I think he's going to be a good cat. 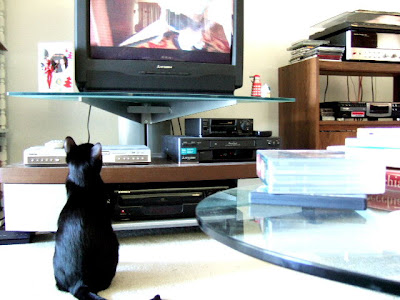 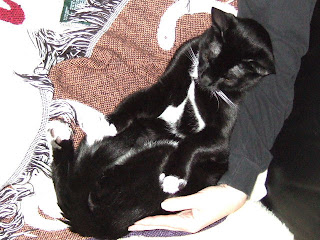 In And Out With The New And The Old 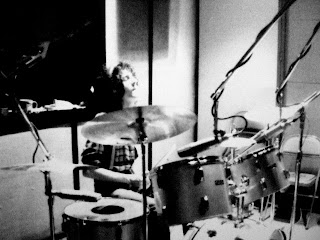 (getting my groove-on during a recording session at Davis Sounds)

In the late 70's, Jamie decided to go into the studio with me and Murphy to record a 12" single of 2 pop tunes he had written. Jamie had been working as an engineer and producer in Charlotte for some time by now, occasionally calling me in for various studio gigs, and developing a long lasting relationship with one of Charlotte’s premier local engineer/producers - Mark Williams . He wound up calling this particular group The Happy Eggs, borrowing the moniker from our mid-70's prog lineup that featured the 3 of us with Dennis from Ebenezer. What the heck - The Happy Eggs is a pretty great name! 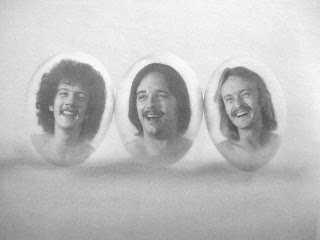 I have no idea what year we did this...there is no date anywhere on the cover or the vinyl. His concept was to make the record itself to look like an egg (!) It’s on white vinyl with a bright yellow center label. The simple black & white cover (cheap...the extra expense was for white vinyl) features our faces inside egg shaped ovals. As you can see, this is before the new music was fully embraced due to our very 70's rock 'n roll mustaches!

The songs were “You Can’t Avoid Love” and “Blue Skies”. Both were pretty straight ahead pop tunes. The title of “Blue Skies” had a pretty unusual circumstance; Wynn had visited a “psychic” and she predicted huge success for our musical futures and the word or color “blue” was very predominate. Jamie jumped all over that....so much for psychics! 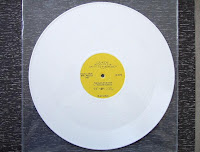 During the early days of Charlotte discovering the new wave and punk scene, I would be remiss if I didn’t mention some of the musical stuff that was happening in the area that wasn’t really in that genre, but was indeed greatly influenced by it.

Two cover bands were making a big splash on the local music scene. The first was a 60's Brit-pop cover band, The Spongetones, featuring who else, but Pat Walters and drummer extraordinaire Rob Thorne! They did this stuff out of pure love of the music and they did it wonderfully. Before long they were attracting large crowds at the local clubs (and still are some 29 years later!). The first incarnation featured a local scenster named Jake Berger, and I heard many great things about them. I was definitely intrigued due to the participation of 2 of my local rock legends, but unfortunately I think I only saw this line-up once, at a New World Record’s Xmas (?) party.

From Atlanta, Charlotte was invaded by another 60's cover band; Cruise-O-Matic. They mostly stuck to a more American garage-rock repertoire. They were an extremely talented bunch of nuts that put on the most entertaining shows you could imagine. They had a goofy sense of humor and could whip off these tunes effortlessly. (Including another amazingly party-intensive New World Records Halloween Party!). 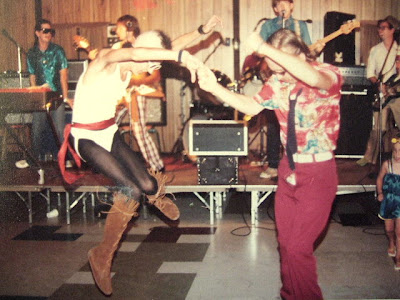 (Murphy and I getting our dance-on with Cruise-O-Matic)

Word got around quickly on both of these bands. It was also around the time that we were getting involved in the punk/new wave thing, and I remember going to many of the shows, doing lots of drugs (Quaaludes were definitely the drug of choice - more about that later...) and dressing up in our thrift store new wave-wear. We danced our asses off and had a blast.

In hindsight, I think these 2 bands were a perfect bridge into the world of new wave and punk. There was a definite garage sound, eliminating the bloat of the mid - late 70's rock music. Couple that with a new sense of fun and style, and you get something relatively fresh sounding and liberating.

I’m obviously a bit cloudy on dates here (things were happening at a breakneck pace), but suddenly, a rather substantial change happened to The Spongetones. Jake was out and Jamie was in! Holy crap! The ramifications of this was mind-blowing. Jamie was now directly involved with our shared rock heroes, Pat and Rob. I was blown away. While I was extremely happy for Jamie, I was probably a bit jealous, too. I cannot understate the importance these guys meant to Jamie and I. If it wasn’t for groups like The Paragons, The Good, The Bad And the Ugly, Jeremiah, The New Mix, Hummingbird etc..., I really don’t know what direction our lives would have taken. Now, Jamie was part of that. Wow.

His influence and impact became immediately apparent. In 1980, The Spongetones released a 45 produced by Jamie featuring 2 Pat Walters’ penned tunes; “Better Take It Easy” and “You’re The One”. Decidedly Brit-pop, these were 2 short, concise pop songs that sparkled. The sound was much more...immediate, and by coincidence, it was for sale at New World Records, being displayed alongside of The Egg’s 12"! It sounded so much better! I was envious!. 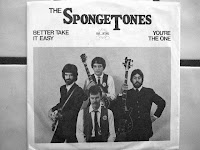 The jealousy was short lived, though. Jamie had decided that this would be a great time to reform The Happy Eggs, but this time, his vision for The Eggs was one of a mixture of punk and new wave sensibilities, with a good dose of skewering obscure cult classics. Murphy and I got on board without hesitation. Kenny Phillips was brought in to play bass and we quickly went to work learning covers, writing originals and learning Jamie’s amazing arrangements of a rather bizarre collection of standards and classics.

He had a full plate and he handled it with no problem. These were exciting times, and Charlotte was primed just right for the unleashing of The Egg’s particularly smart-ass brand of punk. 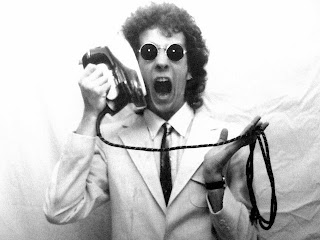