Q: How do you make a hormone?

Creepy. My hormone therapy starts this week and I'm feeling creeped out about it. It gets creepier, too. There's just something so unnatural about what my body is getting ready to go through. There could bizarre side effects (most common) and crazy out of this world bizarre side effects (not so common). As mentioned last time, most likely I'll lose even more sex drive and have hot flashes. The hormone therapy expert called me and explained the whole deal to me. She also warned me to not read the uncommon side effects in the literature she sent me. I peeked and wish I hadn't. Trust the experts!

Now, yet another Gil Ray Special Curveball has been thrown at me. While the hormone therapy drug (Lupron) is being used to suppress testosterone level, oddly, upon the initial injection, my body will want to flood itself with testosterone! Not good. So tomorrow I start taking another drug to reduce that event. Fortunately just a total of 6 tablets.

I just get the feeling I'm not going to feel like myself (for better or for worse) for about 6 months. Maybe it will not be so bad - I'm willing to accept tolerable! We'll see.

But I got to keep looking at big picture. If all goes well, I'll be able to look back at these coming 6 months and wonder what all the fuss was about. Ahhh...good times!
Posted by Gil at 5:50 PM 4 comments: 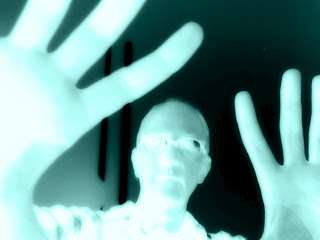 Ok - back to the grind! I almost forgot that I have cancer....

Today, my wife and I had our initial consultation with the Radiation Oncologist in Oakland. My surgery was over 2 months ago, and now it's time to deal with Phase 2 of the cure.

Unfortunately, my PSA's "undetectable" number of .1 will have nothing to do as far as the radiation treatment is concerned. The fact that my Gleason Grade got upgraded to a "7" after my surgery lab-work is the number that is driving the rest of my treatment. Not unexpected, but still a bummer.

I continue to be impressed with each new doctor I see - the oncologist methodically and deliberately recapped my whole prostate history. It's a great sign that my health care providers are all on the same page and I really feel they are doing their best in achieving good results for me. My super smart brother reinforces this, but there was a bit of a curve ball thrown in the mix today, that was briefly mentioned at some consultation, with some doctor, many months ago: hormone therapy!

Here's the deal - later this week I will get an injection of a drug that will suppress my testosterone levels. How dare they! Don't they know that at work I am known (at least by one crazed woman from El Salvador) as El Toro!

Actually, The Bull is humbled and now knows that testosterone can promote prostate cells to grow which in The Bull's case is something to be avoided while they blast away at my prostate...area...with beams of radiation.

2 months after this injection, I will start the radiation therapy. The scary thing is that we know way too many people going through stuff like this, so I was not surprised to learn that my radiation will be roughly one 15 minute session a day (Monday - Friday) for about 6 weeks. 34 sessions. Fuck. But El Toro can handle this. I also learned that my 30 year quest for getting a tattoo will soon be over! While not a very exciting or colorful tat, I will have 4 dots tattooed on various parts of my abdomen to help guide the targeting of the radiation. Cool. Ironic, but cool.


The main side effects of the radiation could be even more bladder/catheter fun, possible rectal bleeding and diarrhea. Since I seem to possess the world's tightest bladder sphincter, retention could very well be in the cards, but again, I am El Toro.

During all of this there could be one or two more injections of the hormone suppressant, with a final dose at the end of the radiation. If all goes as planned, I'll be done in 6 months.

Now I have 3 doctors telling me that even with the creepily consistent...curve balls that seem to keep coming my way, my prognosis is till very good. It's just getting there that sucks, but like I said, at this point, El Toro can deal.
Posted by Gil at 7:08 PM 4 comments: