This New Music Creeps Me Out! 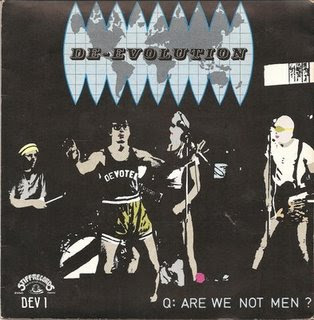 Before Jamie introduced me to the first records by the Sex Pistols, Devo, Talking Heads and Elvis Costello, Wynn and I were both having a blast being married and working at New World Records. We were making new friends, getting tons of records, partying hard and occasionally going to the few rock shows Charlotte had to offer. By the late 70's, most major bands skipped Charlotte, opting to play in D.C. and Atlanta. We did see some shows, and while most were pretty lame; Heart, Firefall, Boston, Gino Vannelli, Kenny Loggins (!) - (funny...there’s a couple of those shows I wished I had paid a bit more attention to!), one concert that definitely stood out was Bruce Springsteen and the E Street Band at the Charlotte Coliseum.

I still don’t know how or why, but the owner of New World Records actually knew Springsteen and Clarence Clemons. While we were 2 very small independent record stores, we would usually get Springsteen’s latest LP’s before the big record chains would ( Record Bar and Grapevine). The owner loved that! We were special! We were so special, we all got free tickets when Bruce came to town. Everything we had heard about his legendary concerts was true. 3+ hours of high intensity rock and roll. One of the best shows I have ever seen. And we had great seats! For free!

But things were changing in the music world. Frankly, things had been changing for some time, but Charlotte was very slow to catch on to just about anything as far as the cultural arts and trends were concerned (including liquor by the drink!). At work, we started getting in tons of new records from the early days of punk and new wave. Initially, I thought the bands all looked like freaks and couldn’t play their instruments - it was a knee-jerk reaction but I wanted nothing to do with such noisy sounding rubbish.

At this point I had been playing drums for about 13 years. I had played in many different bands with many different styles, and I worked hard to become a pretty good drummer - even made a living at it. It just pissed me off that these new snotty-nosed punks were making records, getting press and making statements that the bloated dinosaur-rock of the 70's was now over. Anyone could be in a band regardless of talent as long as you possessed a bad attitude and had spiky hair. That caused a huge disconnect with me. Damn amateurs! Learn to play your instruments, and then maybe.... I’ll give you a listen.

But then it clicked. Once Jamie got me to actually sit down and listen to these records, it quickly connected. I was as late to the party as Charlotte was, but there it was! Aside from the cosmetic aesthetics, punk wasn’t that far removed from the rebellious aspects of being a hippie freak; stand out, look weird, screw the Man, and bring on the Now. Ironically, both movements had no problem at all in plundering the past for inspiration, either. They took what they found appealing and incorporated it into something new and (hopefully) original. In the early days of hippie psychedelic bands, many San Francisco bands based their clothing design on the American Victorian age (Charlatans, Dan Hicks etc..). Punks seemed to go with a 50's biker look, but with crazy hair, and while most biker types did not favor the crazy colors the punk rockers seemed to enjoy, I bet the grease was somewhat similar...

Since I was still stubbornly trying to retain at least some of my progressive-rock tastes, I was surprised that it wasn’t too much of a stretch to enjoy the more angular styles of New Wave. It should also be noted that in time, some of my prog rock heroes ended up embracing and being involved in this new music - Eno (Devo, Talking Heads), Robert Fripp (Blondie, Talking Heads and his side-group The League oF Gentleman which featured Barry Andrews (XTC) and Sara Lee(Gang Of 4)). Even Ray Shulman of Gentle Giant eventually got into the act with production chores on The Sugarcubes first album!

While the photos I had seen of Devo actually gave me the creeps, once I heard Jocko Homo I was locked in. The rhythmic play between their odd drum beats, bizarre instruments and decidedly warped view of life was hard to resist. Are We Not Men? I’m not sure! They actually frightened the hell out of me. Job well done!

Elvis Costello also looked scary to me, but the Attractions were and still are one of the best bands in the world. Excellent musicians, and one of the greatest drummers I had ever heard. They sported a great look (white socks!), and seemed genuinely pissed off. The song writing wasn’t too shabby, either.

Talking Heads also had sort of a prog-rock feel to them. Art damaged and clever. Not quite as scary looking as the other bands, but I found plenty of scary things in David Byrne’s vocals, and since I was just a few years from my disco days, I found much appreciation in their wonderfully danceable beats, but without the cheese of a mirrored disco ball hanging from the ceiling (unless of course there was some irony in the house!)

XTC were another band not too far removed from progressive rock. The speed and tightness that they poured into their very angular style (esp. the first 2 LP’s) appealed to me greatly. Herky jerky dislocation performed at warp speed. Pretty funny lyrics, too.

The first Sex Pistol’s LP was an entirely different style that took me a bit longer to get in to, but ultimately I was floored by the power and tightness the band displayed. Of course I had no idea that they had a bunch of studio ringers brought in to play, but I think that’s irrelevant. It blew the doors off of my world and I was gone! We all were and we embraced it with all of our hearts.

Everything was changing; our music, clothing, hair and perhaps most importantly, our attitude about culture and politics. We also found ourselves quickly wrapped up into a relatively hardcore lifestyle of sex, drugs and rock and roll. Can’t really have one without the other, right? They were dangerous times, but it was also some of the most absolutely insane fun I have ever had. Glad that most of us are still here.
Posted by Gil at 6:58 PM 6 comments:

Thanks For The Beats, Mitch 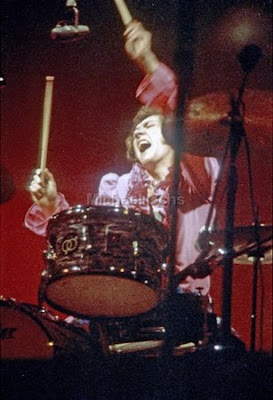 Probably my biggest rock 'n roll thrill was seeing the Jimi Hendrix Experience live, in Charlotte, way back in the day. My biggest thrill of that concert was seeing a roady actually nail down Mitch Mitchell's bass drum to the drum riser a few moments before they hit the stage. That moment cemented into my 13 year old brain that I had to be a rock drummer.

I'm terribly saddened by the news of Mitch Mitchell's death, yesterday. He has always been one of my favorite drummers. He could make some of the most powerful, intense rock music ever created, swing ! Hendrix's Manic Depression is a definitive example of this. One of the best rock drum tracks ever made. Ever.

Not only did his playing inspire me, the sound of his drum set set the standard as to how rock drums should sound. They sound like drums! Cracking snare, a kick drum that actually has personality and tone, and musically pitched tom-toms that ring out, instead of thudding! I call that sound the teen-combo-drum-sound, and while Sandy Nelson may have first recorded drums that sounded like this, Mitch Mitchell applied that sound to psychedelic rock and I've been trying for 39 years to duplicate that sound.

Rest in peace, Mitch. If there is a rock 'n roll heaven, I'm sure you've already hooked up with Jimi and Noel. Hope God has a box of nails.
Posted by Gil at 7:07 PM No comments: 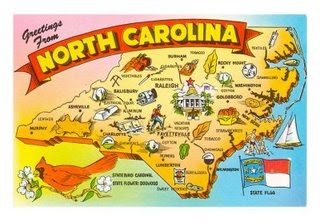 Weird. I have now lived 1/2 of my life in California. The first 1/2 was in Charlotte, N.C., and I gotta tell you, I'm pretty proud of North Carolina right now. Not only did N.C. go for Obama for President, they elected a Democratic Governor and Senator. Way to go, Tarheels!

While California is where I live, N.C. will always be my home. Someday I plan on coming back, but for now....good job! (I also found out that N.C. has a Transylvania County, and even though I'm sure they didn't go for Obama, who could resist not living there!)

Actually, I'm proud to be an American right now. We've done good, and I feel better about this country than I have for a long time. Hope is a good thing, and Obama's election has filled the "hope-void" in my heart that has been there for the longest of times. Feels different. I'm going to let it stay there for a while. Feels good.

This feels good, too: