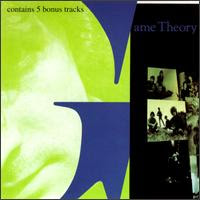 The Big Shot Chronicles - Game Theory
Well, it's kind of a cheat to put a record on this list that I play on, but this is the record that truly changed my life. The circumstances behind the scenes were quite unusual, to say the least. It was recorded in the middle of a national tour at Mitch Easter's Drive-In Studio with a brand spanking new line-up in 1985. At the same time, I was going through some severe emotional stuff regarding my personal life which required me to fly back to the Bay Area immediately after I laid down my drum tracks. After one or two days of that supremely gut wrenching adventure, I flew back to Winston Salem. (there was a very cool little field trip upon my return that involved some of us driving to Durham with Faye and Angie to see the dB's!). I think the album was all completed (including mixing?) in about a week, and then we were off again to finish the tour! But the results were sweet - Mitch put us all at ease, gently coaxed great performances out of us and I think this is Scott Miller's greatest and most concise pop album. 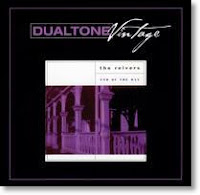 End Of The Day - The Reivers
Pure and unadulterated comfort-pop for me, featuring twanging guitars, evocative, slightly melancholic lyrics (Star Telegram) and the soaring vocals of one of my favorite singers of all time - Kim Longacre. She absolutely tears up Lazy Afternoon, and John Croslin rips a great guitar solo to match her performance. Austin Texas had a lot going on around this time and I found myself taken by another mixed sex band - Glass Eye (for some reason I seem to favor that particular type of line-up, dunno why really, but I guess I just prefer a bit of estrogen to balance out the usual rock and roll testosterone!) But it's all about Ms. Longacre here, and it's her vocal prowess, (along with Croslin's writing) that can bring tears to my eyes. 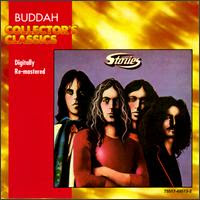 About Us - The Stories
Though recorded in 1972, it wasn't until around 1989 that I discovered this amazing band, thanks to Michael Quercio who either mentioned them or played some tracks during a van ride in the short lived but very fun Miller, Quercio, Becker and Ray version of Game Theory. Of course I had heard the mega-hit Brother Louie a million times on the radio back in the day, but that song has very little to do with what The Stories are really about. For starters, Michael Brown's writing is rich and rewarding (I'm hard pressed to name a more beautiful pop song than The Left Banke's Pretty Ballerina !), and he continues writing gems in this band. Love Is In Motion is wonderful with a very pretty, and unique melody. The boys can rock hard when called upon, with strength and obvious talent. The arrangements are powerful and at times tricky (Darling and Hey France are real standouts).
While Ian Lloyd's voice my be an acquired taste for some, I think it fits perfectly in here and he can nail some difficult parts. 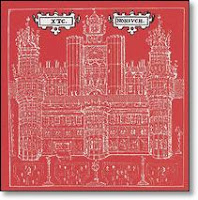 Nonesuch - XTC
I've loved XTC from the get go. When I was just starting to get into punk and new wave, their early LPs fit in comfortably with my prog-rock leanings with their quirky, fast and jagged rhythms. Over the years they have smoothed out much of that (though rhythmically they can can still get very adventurous) and have become possibly the finest pop band on their sweet earth. I say their sweet earth because they have such an earthy, organic root that conjures up olde - time England and pagan rites. But don't underestimate Andy's nasty snarl when he finds it appropriate to tongue lash a crooked politician, or a society that allows injustice. The Ballad Of Peter Pumpkinhead is clean and perfect pop, driven by the band's always slashing and driving guitar parts. Moulding's My Bird Performs is one of my wife's absolute fave pop tunes and it nicely balances out some of the hectic tendencies Partridge provides. Dear Madam Barnum is more spot-on pop from Andy, and well...I could go on (God! How about Dave Mattacks' drumming! This band has never had a bad drummer!), but Dexter is attacking the keyboard, but I will say that these guys make damn near perfect music. 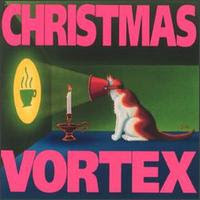 Vortex - Christmas
This recording just seemed to have appeared at a record store one day, without me hearing a word about it. Frankly, I thought they had broken up by 1993, and I was already well on my way to being a big fan of Michael Cudahy's ultra-fantastic ultra- lounge core band Combustible Edison , but fortunately I was wrong! Christmas is a strange band that can get way out there with epic arrangements, but still have the smarts and the gifts to make drop-dead beautiful melodies fit in with their expansive style of writing along with their kick-ass live shows. I was lucky enough to witness one of their shows with my pal Robert at the Berkeley Square and was outright floored by Michael's frantic and huge stage presence. And holding it all together was Liz Cox, who not only impressed me with her navigation around some very tricky tunes, but her ability to sing, and sing well while playing! The cut to seek out here is Almighty. Featuring sublime twists and turns, and a perfect vocal by Ms. Cox, it reminds me of the pure pleasures to be had from just listening.
Posted by Gil at 11:46 AM No comments: 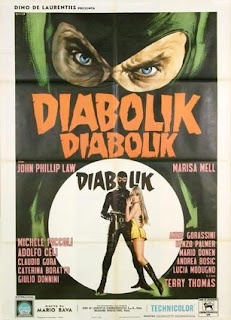 One of my very favorite films is Italian director Mario Bava's 1968 cult classic Danger: Diabolik. One of my very favorite film soundtracks is Ennio Morricone's music for the same film. Imagine my surprise when I was alerted of this video by Tim Lucas of Video Watchdog magazine, featuring one of the main themes sung by no other than Mike Patton who I knew of primarily from Faith No More and Mr. Bungle - (whose LP's we cannot keep in stock at work)!

It's a stunning performance with full orchestra and chorus in Amsterdam. It is glorious and Mr. Patton can flat out sing (in two languages!). (Techni)color me impressed!

He is one suave shut yo mouth!
Posted by Gil at 7:03 PM No comments: 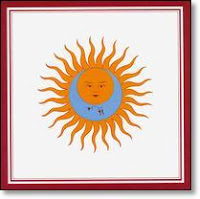 Lark's Tongues In Aspic - King Crimson
Ok, now we can definitely talk influential. If there was ever a drummer that would influence me throughout my drumming, from my teenage years on, Bill Bruford would be the guy. First heard him with Yes and fell in love with his smart drumming and cracking snare drum sound. This was his debut with King Crimson and his playing is awesome. At this stage, Crimson was primarily a players band, improvising their way through tricky and dark material conjuring up the devil. It's frightening how good they are and I think this LP shows them at their very best. So good it's spooky. 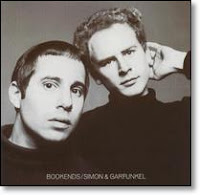 Bookends - Simon and Garfunkel
My big brother had this record when I was a kid, and that is how I first heard it. Gorgeous and evocative songs displaying beautiful vocals, masterful songwriting and amazingly haunting production (check out Save The Life Of My Child). America isn't too shabby, either. Matter of fact, it's one of my favorite songs ever! (of course, being the prog-head that I am, I have to admit I was really disappointed in Yes' version!) Oh yeah, it would be crazy if I didn't mention that Art Garfunkel's voice is the voice of an angel. Just lovely. 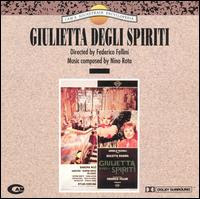 Juliet Of The Spirits - Nino Rota
This is the soundtrack to my favorite film of all time - Fellini's Juliet Of The Spirits. I took an understanding Foreign Film class in college and this is the one that spoke to me. The soundtrack does the same thing. Wistful, playful, full of fantasy (some good, some terrifying), this is a perfect marriage of music and film. Performed by a relatively small ensemble, the music is rich and unique. Fortunately, Rota and Fellini worked many times together, producing magical works that really touch my soul. This is the music I want to take with me. 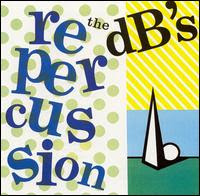 Repercussion - dB's
It was a toss-up for me - Stands for deciBels or this one...I went with this one being in a serendipitous mood. Stamey and Holsapple are an amazing one-two punch. Stamey's Happenstance had to have influenced Scott Miller with it's tuneful and adventurous...sneering whine, and Ask For Jill is just downright scary with a top notch arrangement handled effortlessly by the band. This song could easily have been on West Side Story. On the "yang" side of things, Peter Holsapple's Neverland is just flat out fab pop with another heady arrangement the guys handle with ease. (Damn that Will Rigby...have you ever tried to learn one of his parts? I had to learn Tearjerkin' on the last Loud Family tour and it humbled me very thoroughly - Jeezus Christ!). Nothing Is Wrong is just plain gorgeous. Heartbreaking. One of the most beautiful songs I've ever had the pleasure to listen to. "I'm just thinking about you..". Quite a feat for an American indie band to debut with the equivalent of Rubber Soul and Revolver. Really. 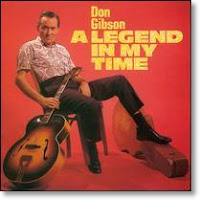 A Legend In My Time - Don Gibson
Even though I grew up in the South, I didn't become a fan of country music until the mid 80's, while living in California. My workplace exposed me to all sorts of music and this North Carolina singer/songwriter caught my ear in a big way. Gibson was a hit machine responsible for Oh Lonesome Me (I fell out of my tree when I realized this was the same song Neil Young covered!), I Can't Stop Loving You, and Sweet Dreams. Chet Atkins produced most of these, and while he may have taken some of the grit out of them, the writing and Don's rich, deep voice shine through. I highly recommend this - it's on Bear Family and they set the standard for quality reissues.
Posted by Gil at 8:39 PM 2 comments:

Probably the most influential drummer from my late teens until..well, forever, has been Bill Bruford. Primarily known for his stints with prog-gods Yes and King Crimson, his unique style of effortlessly handling the most difficult pieces with frightening precision and cutting edge sound and tonal innovation spoke directly to my drummer's heart.

And his snare drum sound is stuff legends are made of! Cranked tight, it produced a *crack!* that has sent many young drummers over the edge of sanity desperately trying to duplicate it. To me, it was my gorgeous major 7th chord applied to the drums. Just plain beautiful.

Bruford just released his autobiography and in the forward he states that he is officially retiring from public performance. Good for him! I like that he's going out on his own terms, and I really like that he's not retiring because he's dead!

So, here's to you, Bill Bruford. Thanks.